From the ICU to the NICU: Giving birth with COVID-19 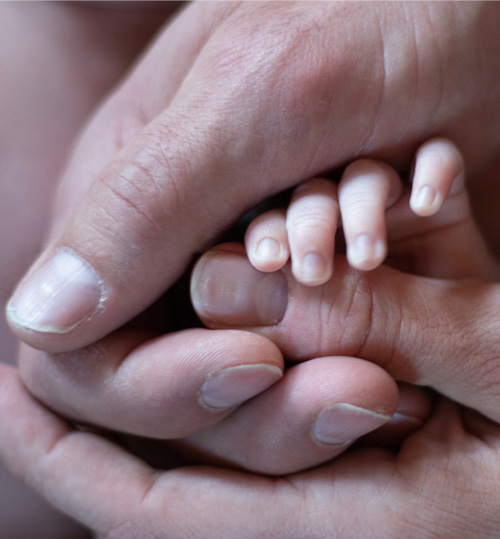 In early 2021, Martin* and Rosemary* were patients of the High Risk Pregnancy unit at Mount Sinai Hospital, excited to welcome their first baby in early May.

On April 5, Rosemary began to feel unwell. Four days later, she was quite sick, and extremely nervous. Rosemary was eight months pregnant and her cough and fever were worrying, so Martin took her to Mount Sinai Hospital’s Emergency Department. Doctors performed several tests, including one for COVID-19. The couple were then sent home, and told to take it easy and wait for more news. Martin and Rosemary were worried. They knew the third wave was hitting pregnant women hard.

On Sunday, April 11, Mount Sinai Hospital called and delivered the news they had been dreading: both their tests were positive for COVID-19. They were told to self-isolate and come back if it got worse. By the next day, Martin had to rush his wife to Mount Sinai, as she was struggling to breathe and her lips were blue.

At the hospital, Rosemary was admitted, and Martin told to go home, his COVID-19 status meant he couldn’t even enter the building. Rosemary needed urgent medical intervention, and help to fight for her life. Martin’s symptoms were relatively mild, so he was able to care for himself at home, but was worried and desperate for any information the hospital could share. Later that day, he got the news: at 3:12 p.m., baby Jeremy* had been born by emergency cesearean section.

Baby Jeremy was sent immediately to the NICU while Rosemary was taken to the ICU where she was put on a respirator and placed in a medically-induced coma. Diagnosed with severe COVID-19 pneumonia, things for Rosemary seemed dire. She was transferred to UHN, to be put on a heart and lung bypass machine.

Three days later, a small ray of hope: baby Jeremy tested negative for COVID-19. On Wednesday, April 14 he was released to the custody of his grandmother, Rita. He weighed only 5.5 lbs, but the whole family mobilized to provide care for the tiny newborn. Martin’s sister moved in with her mother to help with baby Jeremy’s care. The community also rallied around them leaving diapers, clothes, food, formula everything a newborn could need was left on their doorstep. Martin wasn’t yet allowed to see his son, as he was still dealing with his own COVID-19 diagnosis, but knowing Jeremy was out of the hospital and available for FaceTime calls with his dad helped.

Meanwhile, Rosemary was fighting hard for her recovery. She was sent back to Mount Sinai ICU, having improved enough that she hadn’t needed the heart and lung bypass machine. Eventually, she graduated to only needing oxygen, and, after 17 days in hospital, got word that she could go home. The first time Rosemary and Martin got to see each other, and hold their baby boy together, was a very emotional time.

The family credits Mount Sinai staff for their amazing care and emotional support through a very difficult ordeal. Sinai Health staff continue to work with the new family to help them fully adjust to life with a newborn at home, and to monitor Rosemary’s recovery from COVID-19.

*names have been changed to protect the patients’ privacy.