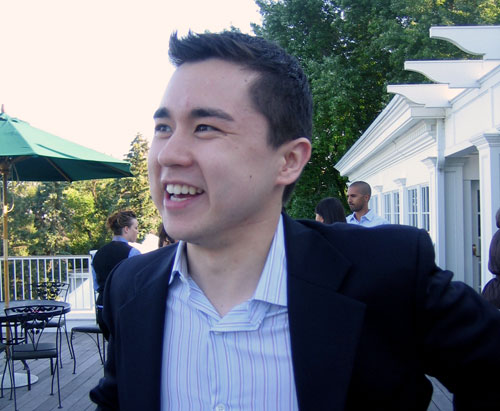 In 2015 Eddie Mullin was diagnosed with stage 4 glioblastoma, an aggressive form of brain cancer. He was only 32 years old.

“It wasn’t the first time Eddie was diagnosed with cancer,” says Dr. Carol Durno. “He’d had lymphoma as a child, colon cancer in his twenties and then died of a brain tumour in his thirties.”

Dr. Durno never met or treated Eddie, who was an American living in Minneapolis when he was diagnosed with brain cancer. She’s a gastroenterologist and clinician-researcher at the Zane Cohen Centre for Digestive Diseases at Mount Sinai Hospital in Toronto.

Thanks to donations and fundraising from Eddie’s remaining family, Dr. Durno’s research has benefitted patients like Eddie.

“Eddie had a rare, inherited cancer syndrome called CMMRD, which can cause an array of cancers that typically start in childhood or young adulthood,” says Elizabeth Mullin, Eddie’s sister.

Constitutional mismatch repair deficiency (CMMRD) syndrome occurs when a person inherits a specific gene mutation from each of their parents. People with CMMRD have a dramatically increased risk of developing various types of cancer, typically affecting the colon, brain, or blood.

After his death, the Mullin family was determined to support research that would help others like him. But scientists studying CMMRD are few and far between. After presenting about CMMRD at a conference, Dr. Durno was approached by a genetic counsellor who told her about an American family searching for someone studying the condition.

“We were excited to learn that Dr. Durno’s research into CMMRD seemed to have great potential to help people around the world,” says Elizabeth.

Dr. Durno’s study, the first of its kind, followed patients with CMMRD who were being systematically screened for a number of tumours to evaluate if surveillance would impact their outcomes. It did.

“Thanks to funds raised and donated by the Mullin family, we’ve been able to show that when patients with CMMRD undergo surveillance when they have no symptoms, their five-year overall survival was 90 per cent.”

In contrast, in CMMRD patients who were evaluated only after developing symptoms, five-year survival dropped to just 50 per cent.

Dr. Durno’s work would not have been possible without donations from Eddie Mullins’s family, and their fundraising that encouraged friends to donate. The family is hoping to keep up the good work, to help more people with CMMRD.

Dr. Durno’s next focus is to ensure patients like Eddie are diagnosed with CMMRD sooner, so they qualify for cancer surveillance before they have symptoms.

“Eddie wasn’t diagnosed with CMMRD until after he developed late-stage brain cancer,” she says. “With ongoing donor support, we’ll be working on developing diagnostic tests that can help doctors around the world find CMMRD patients and get them screened.”