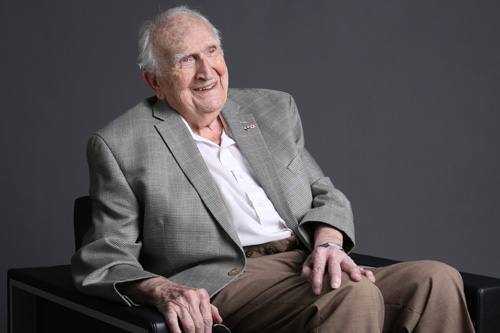 Sinai Health Foundation is remembering one of Canada’s most significant scientific visionaries and founding director of the Lunenfeld-Tanenbaum Research Institute at Sinai Health.

Dr. Louis Siminovitch or “Lou” as he was affectionately known passed away on April 6th. In May 2020, he celebrated his 100th birthday at a time when COVID-19 forced the world to socially distance, while simultaneously requiring urgent support from today’s top scientists.

With Lou’s passing, it turns out the better the scientist, the more he’s beloved and revered among his colleagues.

As a molecular biologist and pioneer in human genetics, he made important contributions in the fields of bacterial and animal virus genetics, human genetics and cancer research, publishing more than 200 papers. His work helped uncover the genetic bases of muscular dystrophy and cystic fibrosis and laid the groundwork for the genetic connections to cancer. 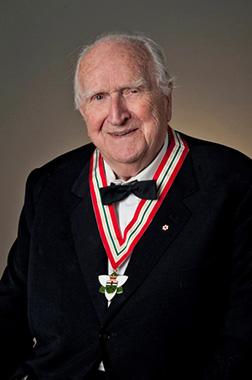 He contributed to the Nobel Prize-winning work in molecular genetics of Jacques Monod, Francois Jacob and Andre Lwoff during his years at the Pasteur Institute in Paris. An inductee into the Canadian Medical Hall of Fame, he was also both an Officer and Companion of the Order of Canada.

“Lou’s leadership to the scientific and academic community changed so many careers,” said Dr. Gary Newton, President and CEO of Sinai Health. “His work shaped Canadian medicine in a very profound way and his impact can be seen every day in the halls and labs of Mount Sinai Hospital.”

As much as he is respected for his research discoveries, Dr. Siminovitch is equally renowned as a scientific builder for the key roles he played establishing and developing outstanding medical research environments in Canada. These include the Ontario Cancer Institute at Princess Margaret Hospital, the Department of Medical Genetics at the University of Toronto and the Hospital for Sick Children Research Institute.

At age 65, when others might have contemplated retirement, Dr. Siminovitch was at the top of his game. Mount Sinai recruited him to build a first-rate academic research institute in 1985.

As inaugural director, Dr. Siminovitch attracted 25 of the globe’s most eminent scientists to his team. Thanks to his foundational efforts, the Lunenfeld-Tanenbaum Research Institute (LTRI) is the top-ranked biomedical research institute in Canada and is home to scientists who are number one worldwide in the fields of diabetes, cancer and molecular biology. 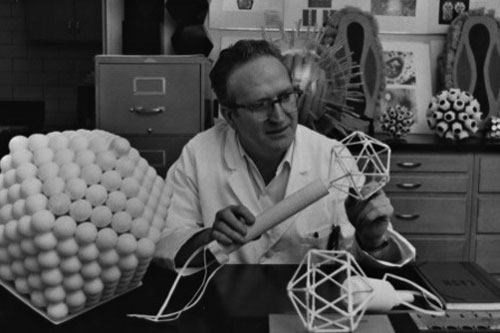 “Canadian biomedical research owes a huge debt to Lou,” said Jim Woodgett, former Koffler Director of Research at the LTRI. “He instilled the importance of mentorship, of quality, and of balance and inspired us all to fulfill our potential. His impact will live on in the many scientists and leaders he inspired.”

While a giant of science, Dr. Siminovitch was also a well-rounded individual with wide-ranging interests in the arts and a deep commitment to family. The Elinore and Lou Siminovitch Prize in Theatre bears his name and that of his late wife, a highly respected playwright.

Even in his final years, Dr. Siminovitch could still be found regularly at the LTRI in the office he shared with his daughter, Dr. Kathy Siminovitch, also a world-renowned geneticist and physician.

“He was truly a giant of Canadian science, and a trusted mentor to me,” said philanthropist Larry Tanenbaum. “His vision was the guiding light for what LTRI has become today. I’m so proud to see his legacy live on in the science that is changing lives and healthcare systems worldwide.”

In 2023, Mount Sinai Hospital will mark its 100th anniversary. While Lou will not be here to celebrate his own meaningful contributions, Sinai Health Foundation is honouring his achievements through a Sinai 100 Chair in his name.

Support the Sinai 100 Chair in honour of Lou Siminovitch.