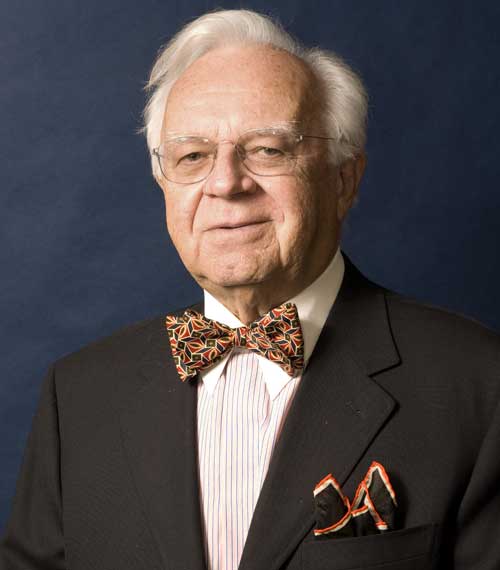 Joseph Lebovic, now of blessed memory, led a life of giving. Renowned in the GTA as a community builder and across the country as a compassionate and generous benefactor, Joseph will be remembered for his legendary contributions to health care, education and research.

For more than five decades, Joseph was an ardent supporter of Mount Sinai Hospital. Since 1983, he sat on the hospital’s Board of Governors and on Sinai Health’s Board of Directors since 2014. As a philanthropic ambassador of the hospital and a member of the Sinai Health Foundation board since 2000, Joseph’s spirit of giving reflected Sinai the values of care, compassion and community.

In 2006, Joseph and his brother Wolf made a transformational gift of $50 million to Mount Sinai Hospital - the largest hospital donation in Canadian history at the time.

Joseph’s history-making gift also helped lay the groundwork for Renew Sinai, the largest and most ambitious redevelopment project in the hospital’s history. "I really get so much pleasure from giving this money away," Joseph said at the time. "People should know giving doesn’t hurt… It’s a good investment."

To further invest in giving, Joseph and his brother established the Joseph and Wolf Lebovic Charitable Foundation. Meanwhile, Joseph’s personal philanthropy was boundless; he reputedly gave away 75 per cent of his annual income.

In 2005, he was awarded The Spirit of Jerusalem Medallion from the State of Israel Bonds and in 2006 was recognized as a Holocaust Survivor by the Province of Ontario in affiliation with the Canadian Society for Yad Vashem. He was awarded the Canada Medal for the 125th Anniversary of the Confederation of Canada by the Governor General of Canada. Joseph also received the Beth Sholom Synagogue Humanitarian Award for his "passion to give back to the community."

Among his many accomplishments, Joseph was deeply proud of his lifetime achievement award in recognition of his work as a builder, community leader and philanthropist, presented to him in 2013 by the Building Industry and Land Development Association.

In 2019, Joseph and Wolf received the Order of Canada for their many contributions to the betterment of this country.

In his life, Joseph survived persecution and other hardships personal and financial. He came to Canada penniless in the early 1950s, and succeeded in building an empire: Lebovic Enterprises, an award-winning real estate development company. Yet, among the countless individuals who have benefitted from his philanthropy, Joseph will always be known for his devotion to his community and limitless generosity.

"On behalf of everyone in the Sinai Health community, I extend my deepest condolences to the Lebovic family," said Louis de Melo, CEO of Sinai Health Foundation. "Joseph has been a passionate and ardent supporter of Sinai Health for over five decades. His commitment to enabling world-class care and research, and his passion for community building, will benefit generations to come."

May the memory of Joseph Lebovic z"l be as a blessing.