Fighting the Strong and Silent Stigma 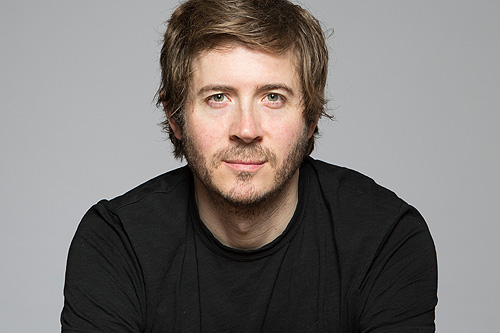 When Asher Lenz learned that his wife was pregnant with their second child, the 39-year-old composer couldn’t muster the feelings of joy and excitement that he thought he should.

“I was having trouble working, concentrating and focusing, and just having really vicious, cyclical thoughts,” said Lenz, who had been experiencing mild anxiety since his early thirties. “It was all very scary.”

Then, at a prenatal obstetrical visit with his wife, the obstetrician suggested Lenz speak to a psychiatrist who helps fathers deal with mental health issues. He immediately agreed. And while not many people would want to be in his shoes, the fact that his condition was recognized makes him one of the lucky ones.

According to Dr. Ben Rosen, paternal perinatal depression (PPD), a mental health condition that can happen during a man’s partner’s pregnancy and in the first year of their child’s life, affects one in 10 men. But too often it goes undiagnosed.

Depression can affect all parents, regardless of their gender, sexual orientation or family situation. And many people find it hard to confront depression. But men tend to be especially reluctant when it comes to seeking help for health issues, especially mental health.

Dr. Rosen notes that the number one risk factor for PPD is depression suffered by one’s partner. Other risk factors include a mood disorder history, relationship dissatisfaction, poor social supports, previous miscarriage or pregnancy loss, and unexpected or negative experiences related to childbirth or the baby’s health.

“In my view, the number one reason [the condition is often undiagnosed] is that there is a stigma associated with traditional gender roles. Men kind of have the expectation that they should be the caregiver for their partner and that it would show weakness to acknowledge distress and mental health symptoms,” said Dr. Rosen, a Sinai Health psychiatrist specializing in fathers’ and men’s mental health. ‘It’s supposed to be a time of immense joy when people become new parents, and if people are feeling miserable, society has trouble acknowledging that, which contributes to shame and avoidance, and delays in treatment.”

Healthcare has made great strides in recognizing and treating postpartum depression in women over the past few decades, and Mount Sinai Hospital has treated female same-sex partners for years, but men’s mental health related to a partner’s pregnancy and childbirth is just now coming into focus. Dr. Rosen, who has a medical degree from McMaster University and an MSc in health policy from the London School of Economics, joined Mount Sinai Hospital in 2017 to work specifically with fathers and men. He’s also the co-founder of the Fathers’ Mental Health Network, a network of clinicians, researchers, educators, and fathers that aims to generate knowledge, research and solutions for men in their role as fathers.

“I think the biggest issue is under-recognition that paternal perinatal depression exists, how to diagnose it and how to treat it,” Dr. Rosen said. “And that’s among anybody who is going to come into contact with new and expectant parents: family doctors, nurses, public health nurses, obstetricians and paediatricians.”

The recognition of the impact of his condition on his family, and the desire to be a better parent, was the main catalyst behind Lenz’s willingness to connect with Dr. Rosen.

“It’s hard not to feel like you’re failing your children if you can’t be there to set a good example for them,” Lenz said. 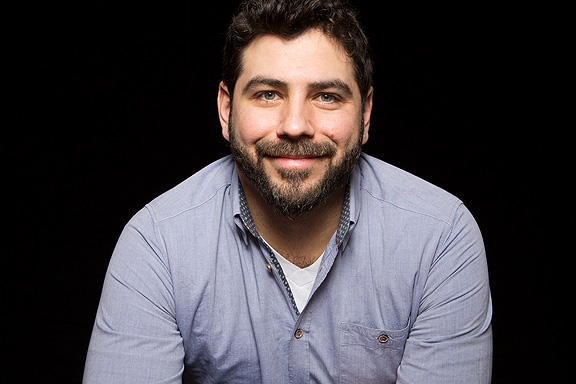 Ira Weisman also sought help because of how his mental health was affecting his family. Weisman was still processing his feelings about his wife’s earlier miscarriage when the couple found out another baby was on the way. Anxiety, not joy, took over at that point.

“There were probably a couple months of me just not doing anything about it, and it progressively getting worse,” said Weisman, who was also dealing with workplace challenges at the time. “It really was starting to have an impact within our home. Deep down I knew I should have done something about it before I did.”

With the support of his wife, Weisman got a referral to see Dr. Andrew Howlett, a psychiatrist at Mount Sinai Hospital and St. Joseph’s Health Centre, and Rosen’s co-found at the Fathers’ Mental Health Network. Weisman’s condition worsened before it got better, partly because he was diagnosed with breast cancer during his wife’s pregnancy, and thoughts of mortality set in. Fortunately, he had surgery to remove the cancerous tumour and didn’t require chemotherapy or radiation therapy. He still takes daily medication to help prevent a recurrence, but he’s been cancer-free since before daughter’ birth, almost 18 months ago.

“Becoming a parent is quite a change,” said Weisman, who used to enjoy travelling and going out to try new restaurants before his daughter as born. “Your life become dramatically different and I think it’s natural to have questions or concerns or fears, and there’s nothing wrong with that. I, personally, found that having an outlet, in my case it was Dr. Howlett, on a regular basis was very helpful and beneficial. I know that it’s a cliché but it does feel like a weight is lifted off you.”

While Dr. Rosen is pleased that more practitioners are learning about PPD, and more men are getting help, he’d like more parents and parents-to-be to find ways to avoid perinatal depression before it even occurs.

“It’s very hard to prepare for being a parent,” Dr. Rosen said. “And when you become a parent, you are exposed to a number of stressors that, if you don’t anticipate them, can be overwhelming.”

One of the best ways to avoid mental health issues, he said, is for partners to communicate clearly and talk openly with each other. Tackling topics about the future, such as how they’d like to make parenting decisions, how much the in-laws will be involved, and how they’ll deal with finances in their new, expanded family unit, can help smooth the way. But remaining flexible and changing tactics when needed is important, too.

Both Weisman and Lenz agree that their lives changed for the better after working with a medical professional to better understand their feelings around becoming a parent. Following his cancer diagnosis and parenting anxieties, Weisman re-evaluated his priorities in life and focuses more now on what brings him joy: his wife and daughter. Lenz still meets with Dr. Rosen regularly and feels grateful for his support.

“I didn’t get better right away,” Lenz said. “We had to try a bunch of things with Dr. Rosen. But I’m able to do my work and joke around and annoy my business partner, and then go home and actually play with the kids and enjoy myself,” Lenz said. “I’m thrilled to be feeling as well as I am.”