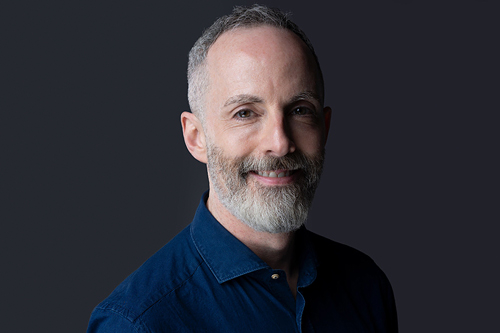 Three years ago, Christine Squires dislocated her jaw and broke her ankle in an accident. It was Christine’s ankle that received immediate attention, while care for her jaw was put on the backburner. But, when she started experiencing sudden and debilitating shocks of pain in her face roughly ten times a day, she decided it was time to discuss treatment for her jaw with her family doctor.

She was referred to three maxillofacial surgeons and was not accepted as a patient by any of them, without being given a reason why. Out of options in her hometown of Waterloo, and still experiencing excruciating facial shocks, Christine took it upon herself to research solutions for pain caused by a dislocated jaw. That’s when she discovered the Facial Pain Clinic at Mount Sinai Hospital in Toronto. Her doctor promptly referred her, and Christine was able to meet with Dr. Bruce Freeman, Co-Director of the clinic.

Her first appointment was easy and comfortable, specifically because of Dr. Freeman’s approach. Dr. Freeman chatted with Christine and her husband Mike in a way that put them both at ease and provided them confidence that they were in good hands. After laughing and swapping stories, Dr. Freeman asked to examine Christine’s jaw. “Dr. Freeman was the first person to ask very detailed questions about the experience of my pain and how it affected my life. He also asked permission to examine my jaw and touch my face, which opened the door for me to share the exact nature and severity of the pain. He took it seriously and invited me to share the unvarnished truth, which allowed me not to diminish the experience,” says Christine.

When Christine gave Dr. Freeman permission to examine her and identified a very specific part of her face that she asked him to avoid, given the electric shock-like pain it initiated, Dr. Freeman immediately stopped his examination and provided detailed instructions to Christine to have an MRI. He suspected that Christine was suffering from Trigeminal Neuralgia, a chronic pain condition for which he wanted her to see a neurologist.

The trigeminal nerve is responsible for feeling in the lower half of the face. When the nerve is compressed or irritated, something as simple as brushing your hair or getting drops of water on your cheek can result in severe shock-like pain. It is colloquially called ‘the suicide disease’ because historically, when individuals living with trigeminal neuralgia couldn’t access medical intervention, they took their own life to find relief. And from Christine’s MRI, it was clear that this is what was causing her pain. Although a result of her accident, it was a completely separate issue from her jaw injury.

But Christine didn’t receive this diagnosis right away. The MRI was sent to a series of appropriate specialists, and when she didn’t hear back, she assumed nothing was wrong and that she would just have to learn coping mechanisms for pain, saying, “I thought it was just a ‘me’ thing, something I’d have to learn to live with.”

Since Trigeminal Neuralgia is a neurological condition and not a dental issue, treatment of the condition didn’t fall under Dr. Freeman’s purview. Despite this, he was the only health care provider to follow-up with Christine after seeing her MRI, informing her of what the MRI results showed, sharing with her the reported diagnosis, facilitating her referral to a neurologist specializing in TN, and checking in to make sure her care was progressing. Receiving a diagnosis was a huge step for Christine, who had continued to feel dismissed. Learning her pain was part of a diagnosed condition was, in many ways, a huge relief. When Mike, Christine’s husband, began reading about the condition, he cried. He finally was beginning to understand the amount of pain his wife was in, something she had tried to minimize since the accident.

When Dr. Freeman learned that the specialists had not reached out to Christine following her MRI, he immediately sent a joint referral with her family doctor to one of Canada’s top neurosurgeons, Dr. M. Hodaie, the Director of the Gamma Knife Clinic at Toronto Western Hospital. Christine was quickly seen and underwent surgery to address the nerve issue.

Today, Christine is living pain-free. While she still suffers from some discomfort in her jaw related to the accident, it is nothing compared to the acute, blackout-inducing pain of trigeminal neuralgia. It was a long journey to get here, but Dr. Freeman was with her every step of the way, championing her care, regularly following up with the medical experts involved and checking-in with Christine and her husband to ensure she was getting what she needed. Dr. Freeman’s compassionate, holistic approach to patient care allowed Christine to feel like a whole person, not just a walking diagnosis.

“His personality and the way he approaches patient care made it comfortable. Dr. Freeman created the environment, and then he asked the right questions. Without that approach nothing that needed to happen would have happened. If I had ended up in anyone else’s office it wouldn’t have been the same outcome,” says Christine.

Christine’s advice for anyone who finds themselves in pain and without answers is to advocate for themselves tenaciously, and to find a healthcare provider who will champion their care above all else.