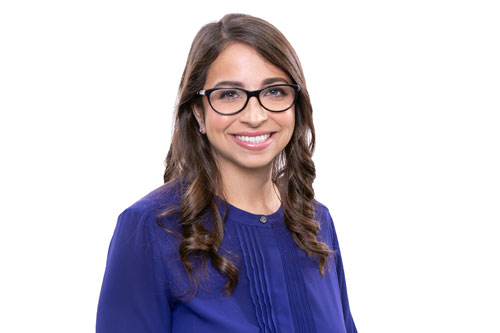 Advances in technology have made it easier for people living with diabetes to manage their disease, but new research from Sinai Health shows that not everyone is getting equal access to the life-changing devices.

Dr. Alanna Weisman is a clinician-scientist and endocrinologist at the Leadership Sinai Centre for Diabetes. She recently published a study in BMJ Open Diabetes Research & Care examining the inequities of technology use in Type 1 diabetes in Canada.

“We looked at adults with Type 1 diabetes in provinces that do and don’t provide funding for insulin pumps,” Weisman explained. “We found, unsurprisingly, that in provinces where funding was available, more people with Type 1 use these devices, which are proven to improve quality of life, improve blood glucose control and have better outcomes overall.”

Insulin pumps are small, computerized devices that mimic the way the human pancreas works by delivering small doses of short acting insulin continuously, plus the option for more when a meal is eaten. While extremely effective, these devices are also quite expensive, costing a patient up to $6,200 each year without private insurance.

“I expected that in places where there’s funding there would be greater access, but I think it was surprising that we still see this disparity even when this insulin pump is essentially paid for,” Weisman said. “People who live in low income areas are still less likely to access this technology.”

Coverage throughout Canada varies depending where a patient lives the Ontario and Alberta governments both provide funding for insulin pumps and a portion of supplies, while Manitoba and Quebec only offer reimbursement for children younger than 18 years old. Newfoundland recently expanded insulin pump therapy funding to include all ages, after years of only funding it for those under the age of 25.

Weisman is among a new faction of researchers looking to tap into the wealth of population health data available in Ontario. Weisman sees the data as an opportunity to look at how health policy impacts health outcomes, meeting with government leaders to discuss her findings and how to best reduce barriers for those living with diabetes.

“We know in general that people with low incomes and barriers have worse outcomes,” said Weisman. “Why that happens isn’t exactly known, but we believe lower health literacy, difficulty navigating government programs and language barriers likely play a role.”

Weisman said as the whole field of diabetes moves towards adapting newer technologies, such as the artificial pancreas or closed loop systems, she is concerned that more disparities will emerge between those who can and cannot afford the devices.

“Technology is really improving the outcomes for people with Type 1 diabetes,” said Weisman. “This new system, the artificial pancreas, has really been a game changer. We want to make sure this is accessible to everyone.”