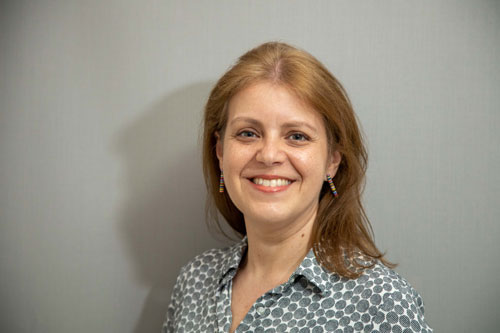 Recently, her research took her to her home country of Brazil, where she studied the impact of urbanization on Indigenous communities. Indigenous Brazilians, Dr. Kramer points out, have faced an unparalleled increase in the rate of cardiovascular diseases following a rapid transition to more urban diets.

In a paper recently published in medical journal The Lancet, Dr. Kramer and her colleagues evaluated the prevalence of cardiovascular risk factors over several decades in Brazilian Indigenous communities. They studied the association of urbanization with the cardiometabolic health of more than 20,000 adults from at least 33 Indigenous Brazilian ethnicities. The results showed that macro-social changes to Indigenous people’s traditional lifestyle due to urbanization were associated with an increase in poor cardiometabolic outcomes.

Dr. Kramer’s work was both professional and personal. She has Indigenous roots in Brazil on her father’s side (of mixed Tupi-Guarani ancestry). During the height of the COVID-19 pandemic, Dr. Kramer’s father passed away, which inspired her to learn more about her father’s family through her research. “Because of my dad passing away, I felt the need to become more informed about what was happening with Indigenous communities in Brazil.

“Most importantly, I wanted to advocate for these communities.”

Brazil is one of the few countries where Indigenous communities exist with very restricted contact with Western society. According to the Brazilian Indigenous Agency, there are more than 100 communities in the Amazon Rainforest they’ve never been in touch with. “These uncontacted communities,” says Dr. Kramer, “still live as we all used to 500 years ago.”

Dr. Kramer studied the prevalence of obesity, hypertension and diabetes among these isolated Indigenous communities versus more urbanized centres. Unsurprisingly, the incidence of cardiometabolic diseases in rural communities was far lower.

However, what Dr. Kramer did find astonishing was that in some remote areas, obesity and diabetes simply didn’t exist. “When you look at what kind of food they eat, their daily routines - it’s kind of the perfect lifestyle,” she explains. “There are no processed foods; they eat basically fish and complex carbohydrates. And they are hunter-gatherers, so they get plenty of physical activity.

“But what is most beautiful is the relationship they have with the environment, and the way health is perceived,” Dr. Kramer continues. “Brazilian Indigenous people recognize health as a consequence of the relationship between human beings and the land, their emotions, and the spiritual world. We can learn so much from them.”

Conversely, in more urbanized areas of the country, the rates of obesity and hypertension were higher. In these more urbanized areas, Dr. Kramer looked at how weights among the population have changed over time and discovered as communities started incorporating a Western way of life, there was an incremental increase in obesity and hypertension, which she says, “reflects more complex problems, such as structural racism, food insecurity and problems with access to health care.”

It was this data, regarding the impact of deforestation on metabolic health, that underscored for Dr. Kramer that her research was about much more than the benefits of a healthy lifestyle. “The disruption of the natural environment has a direct impact on the health of Indigenous communities. Illegal deforestation, water-system pollution, and everything that follows rapid urbanization - food insecurity and lack of access to proper health care - translate into increased cardiovascular mortality in Indigenous peoples.

“If we look at health care from a holistic perspective, it should be about preserving social determinants such as culture and language, and receiving health care in a way that makes sense to the community. And for the Brazilian Indigenous populations still living within the Amazon rainforest, it is about the preservation of their forest that we should all advocate for.”