Achieving motherhood with a “broken” heart 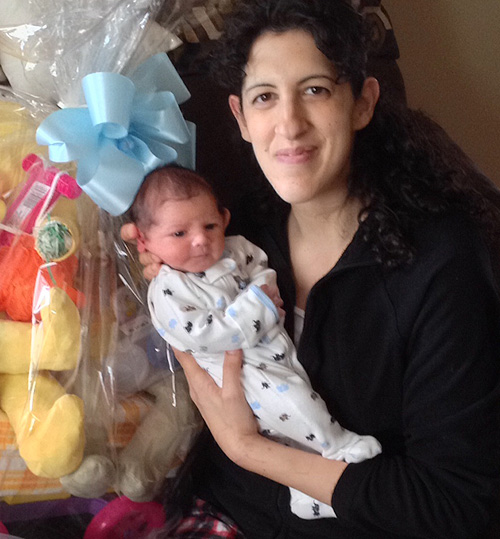 In 2014 Andrea Querido gave birth to a healthy baby boy named Anthony. This day stands out in her memory for so many reasons, not least because she was told for many years that because of her heart condition, she would never be able to have children.

Born with an abnormal heart valve, Andrea underwent multiple surgeries, including the insertion of a mechanical heart valve at the age of nine. Despite what experts told her, she always held out hope about starting a family. When she and her husband, Armindo, learned about Sinai Health’s internationally renowned Pregnancy and Heart Disease Program, their hope grew into optimism.

Pregnancy places enormous demands on the body and the heart especially. Women with a mechanical heart valve are at greater risk of developing potentially life-threatening blood clots. But two decades of research, including important studies by Andrea’s own cardiologist, Dr. Candice Silversides, the Miles Nadal Chair in Pregnancy and Heart Disease, have contributed to making pregnancy safer for women with high-risk heart conditions.

This paradigm-shifting research includes an influential 2001 national study led by Sinai Health researchers that enrolled 600 women from across Canada, and led to the development of the first “risk score” that predicts the likelihood of heart complications during pregnancy. “The risk score helps us figure out who is at serious risk for complications during pregnancy and how we should best tailor their care to prevent them,” says Dr. Silversides, who is also a clinician-scientist at the Lunenfeld-Tanenbaum Research Institute. 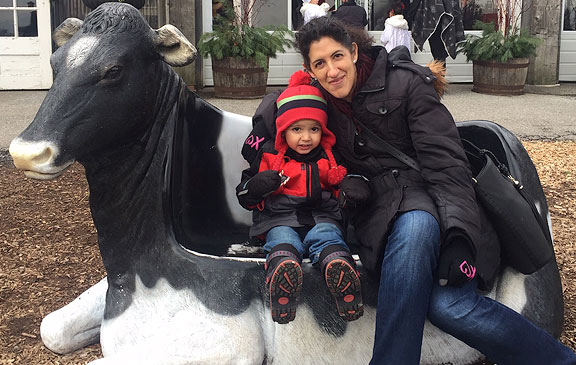 Three years before Andrea and Armindo tried to conceive, she met with Dr. Silversides to discuss how she might have a healthy pregnancy. Dr. Silversides described several steps Andrea would need to take before and during pregnancy. One of these included switching Andrea from her regular blood-thinning medication during pregnancy, which would have been unsafe for the baby, to an injectable blood thinner called Fragmin. A 2009 study by Dr. Silversides and Sinai Health colleagues was among the first in the world to show that Fragmin could be used safely in women with mechanical heart valves during pregnancy. “Our study proved that Fragmin was safe for both mom and baby, and it outlined a treatment and monitoring protocol,” says Dr. Silversides.

Andrea visited Mount Sinai Hospital weekly during her pregnancy to meet with members of her multidisciplinary care team, which included Dr. Silversides and her high-risk obstetrician Dr. Mathew Sermer, Dr. Nadine Shehata, a hematologist, and others. Looking back at that time today, Andrea says “It was a challenging time but one of the best in my life because of the people at Mount Sinai. The hospital staff was equaling amazing. The care started from the moment I stepped into the clinic and continued until I left after giving birth at Mount Sinai. The staff was wonderful. They care, they treat the person, not just the condition, and there is a great sense of community with a bit of humour thrown in.” 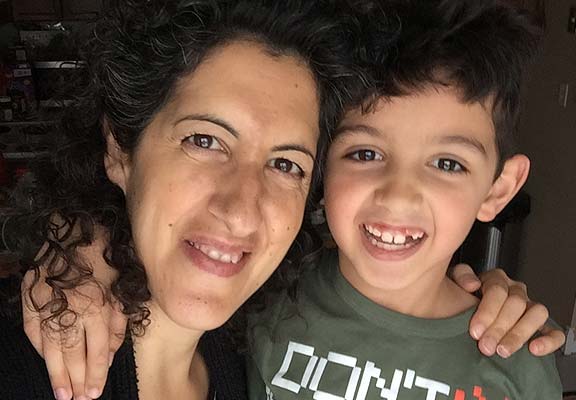 “I can’t rave enough about Sinai Health,” Andrea says. “Dr. Silversides is always striving to provide the best care for pregnant women with heart disease.” Andrea also says the care consistently went above and beyond what she expected. “One of the things that amazed me the most is how much they care about their patients as people who have genuine emotions, concerns, anxiety, etc. I specifically remember before having an unplanned C-section Dr. Kelli Murphy leaning over and taking the time to reassure me before the surgery. It's like she could read my mind and immediately put me at ease.”