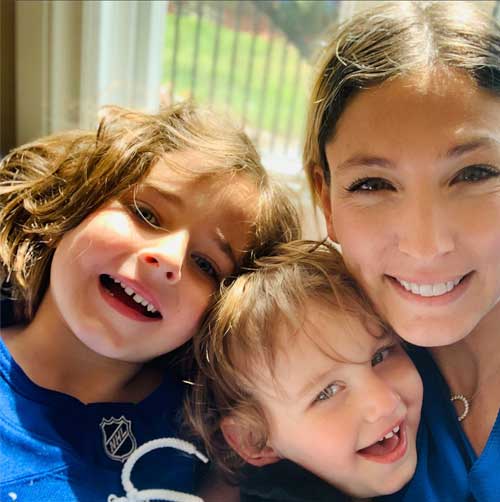 Inge Neal had been fearing the word “ostomy” for most of her life. Now that she has one, her only regret is not getting it sooner.

Inge Neal emphatically does not want anyone to pity her. Not for the fact that she’s had severe Crohn’s, a type of inflammatory bowel disease, for more than 30 years. Nor for the “crazy” pain she’s had to endure, both inside her abdomen and in her perianal area. And not for all the time she’s spent in hospital, including a stint for creation of a permanent ostomy — an external opening to empty the contents of her intestines into a pouch.

For Inge, 45, believes that on balance, Crohn’s has made her a stronger, deeper, more empathetic person. And she hasn’t let it get in the way of the life she’s always wanted, with a career in the television and non-profit sectors, meeting “the man of [her] dreams” who became her husband and motherhood. Inge says she’s arrived at a good place thanks in large part to the caring, supportive treatment she’s received at Mount Sinai Hospital, part of Sinai Health, and, in particular, from colorectal surgeon Dr. Helen MacRae and obstetrician/gynaecologist Dr. Jacqueline Thomas, a pair she calls her “dynamic duo.”

In partnership, the two physicians helped her achieve her life-long desire to have children: In addition to six-year-old Hudson, she gave birth on April 12, 2019 to Charlie Ryder Neal. “Dr. Thomas and Dr. MacRae have a great relationship,” Inge says. “They were always in communication with one another, and I have felt like I had an incredible team by my side. Without my health, I wouldn’t have been able to have my sons.” 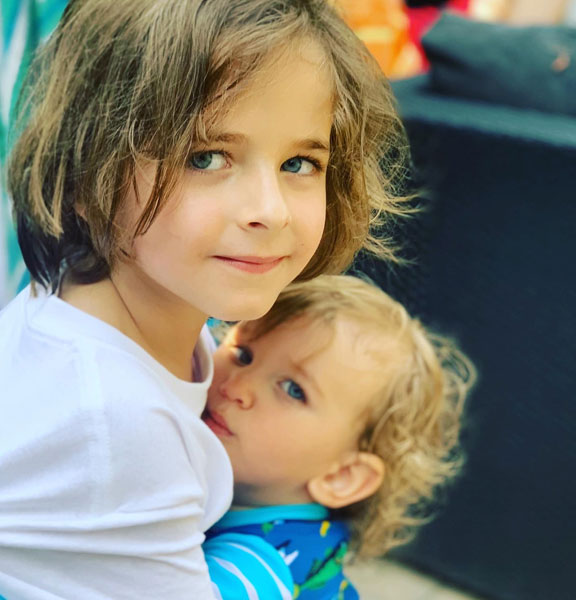 Inge, who was born in South Africa and raised in Toronto, was first diagnosed with Crohn’s at the city’s Hospital for Sick Children when she was 13. But she recalls having felt unwell for years beforehand. With the diagnosis, she says, “my world was turned upside down.” Determined and vivacious, she is keen to destigmatize Crohn’s and ostomies, and to extol Mount Sinai, where she’s been getting care for more than 25 years.

Not surprisingly, Crohn’s made Inge’s youth difficult on several levels. Her symptoms were atypical — she didn’t have to continually run to the bathroom but the pain was excruciating. “You learn early on that pain is a very lonely thing,” Inge says.

After studying theatre at York University and then broadcast journalism at Seneca College, Inge moved to Vancouver, where she worked at CBC-TV and Global Television. During her three years in B.C., she dealt with daily pain as her disease got progressively worse. When she was 25, her Crohn’s became so bad that she needed to return to Toronto to have part of her small bowel removed, and Dr. MacRae performed the surgery. Just five years later, she developed perianal Crohn’s disease, in which infected glands in the anus form fistulas, or tunnels out to the skin, and Dr. MacRae installed the first of many “setons” to drain them (a seton is a thin silicone string which allows the fistula to drain and heal from the inside out). “It was devastating,” she says. “Until then, it truly was an invisible disease, and I had learned to live with it. I was single, and how do you explain that to someone you’re dating? I had this blue ribbon coming out of my butt, as if I’d won first prize for something. I became a lot more insecure, and I hated that about myself, because I didn’t want to be that person. Thankfully, after a lot of inner work, my self-love grew and I started looking at my disease as a great filter for finding kind-hearted people.”

One of them was her husband, Adam. And soon after marrying him, she became pregnant with Hudson. But carrying a baby exacerbated her perianal disease. “I was so anxious — was it going to affect the baby?” she recalls. “But Dr. Thomas was amazing. The whole time, she kept saying, ‘If I’m not concerned, why are you?’ She put me at ease.” Still, Hudson was born via Caesarean section because of concern that a vaginal birth would make Inge’s perianal disease even worse. Both Dr. MacRae and Dr. Thomas were involved with her pregnancies. “Dr. Thomas and I, and some of the other obstetricians, we work quite closely together when we have pregnant patients with IBD,” observes Dr. MacRae. “We talk about their condition to bring our expertise to play collaboratively, obviously keeping in mind their wants and preferences. What’s number one on my mind might not be number one on the obstetrician’s mind sometimes, but together we try to make sure we get the best pregnancy outcome possible, for both the patient and the baby.” 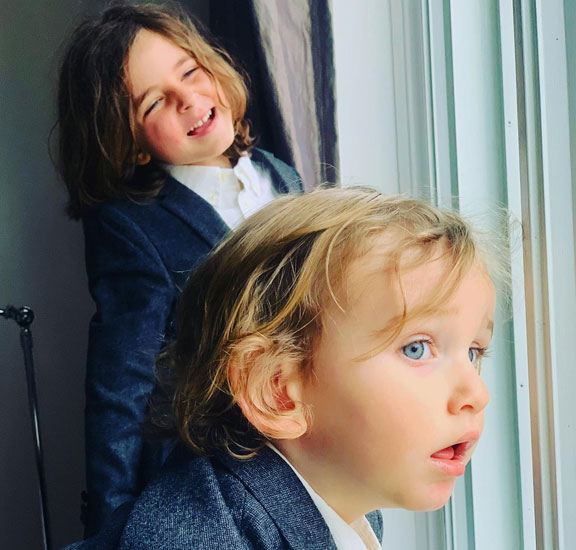 For her part, Dr. Thomas says she’s often impressed by the strength of women with IBD who become pregnant. “Inflammatory bowel disease is a terrible disease, terrible, and people have to really put up with a lot over the course of their lives. I find that they’re very resilient and very tough, because they’ve felt so bad. So when they’re pregnant they really enjoy it and tolerate it pretty well, comparatively speaking.”

After Hudson’s birth, Inge went home and revelled in being a mother. Soon, she and her husband began thinking about another child. “Shortly after having Hudson, Dr. Thomas asked, ‘When are you starting on the next?’ With both Dr. MacRae and Dr. Thomas on my side, I knew there was nothing holding me back.” But Inge couldn’t get a break from Crohn’s. On top of unrelenting perianal disease, Crohn’s began to attack her colon, causing more internal pain. Dr. MacRae advised that she should think about an ileostomy, in which the ileum — or small bowel — comes out to the skin. “My whole life, I was fearing this moment,” Inge confesses, “because of the stigma that an ostomy has, and fearing that I’m never going to be able to rock a bikini again. I know it sounds so vain, and it is kind of ridiculous, but that’s what you think about when you hear ‘ostomy’.”

She says her son gave her the courage to undergo ostomy surgery, “because he needs me healthy.” The week in hospital was excruciating because she had to be away from him for the first time — it was believed it would be too hard on the then-21-month-old emotionally to be able to visit only briefly, and to see a gastric tube in his mother’s nose. Again, Inge experienced relief from abdominal pain. And over time, she has gotten used to the ostomy: “I just go to the washroom in a different way — I can say that now very easily. I am still me. And, if anything, I’m a stronger me, a healthier me. I’m able to do more with my life and do more in terms of giving back. If I had known what the ostomy could do for my quality of life back then, I probably would have done it years earlier.” 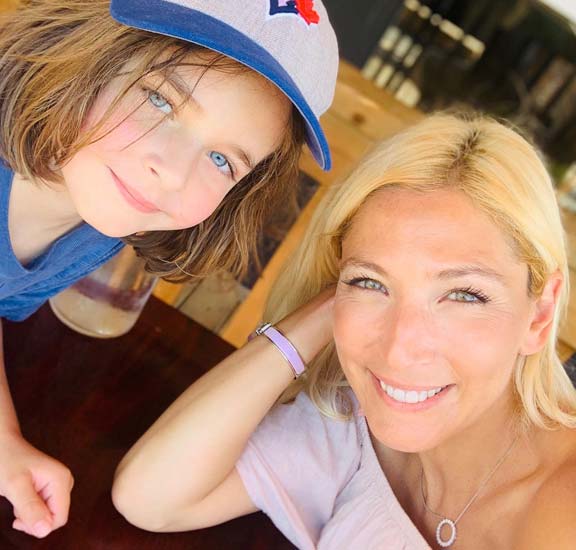 Sinai Health caught up with Inge in early 2021, to see how she and her family are doing. She credits Sinai Health with her well-being and for allowing her dreams of motherhood to come true. She continues to work closely with her Sinai Health caregivers, to ensure her Crohn’s disease continues to be well-managed and closely monitored. And, she’s anticipating a significant surgery with them in spring, 2021, as she has the rest of her colon, her rectum, and her anus removed. The surgery would be to help prevent cancer from setting in, as her history of diseased and damaged tissue stemming from perianal disease and Crohn’s makes her cancer risk increased. “I’m worried, of course, as the surgery, in my case, is going to be quite complex, with a long recovery. But as Dr. McRae said to me, we can’t delay this any longer. I have my two healthy boys, and we need to get my health dealt with, so that I’m around to be with them as they grow up.”

Inge says it’s because she has such trust in her Sinai Health team that she’s able to overcome her anxiety and have this surgery, during a pandemic. “I have such trust, and such love, for my Sinai Health team. I know they truly care about me, and I know that they’re concerned, and want this procedure to happen to help ensure I lead a long, and healthy, life.”