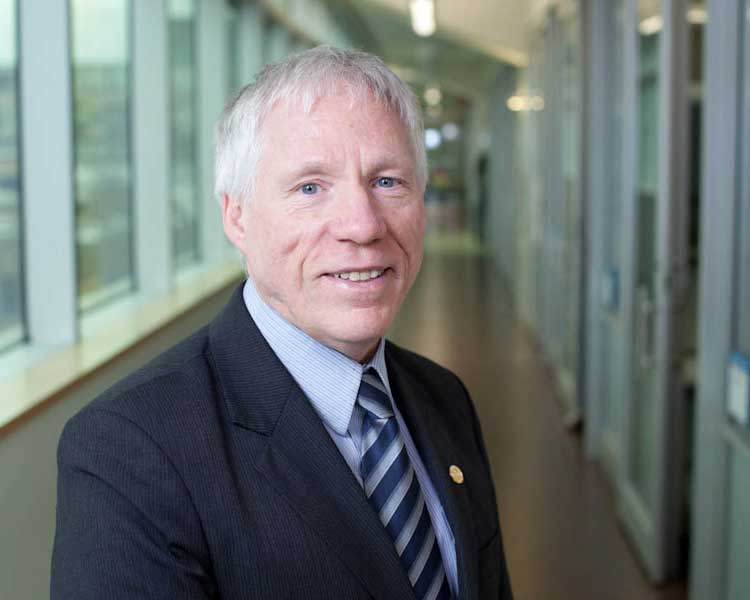 Dr. Stephen Lye is all too familiar with the importance of timing when it comes to science.

The women's and infants' health researcher has spent the majority of his career trying learn how to stop babies from arriving too early, sparing them from potential life-long complications and enabling them to live long and healthy lives.

Weeks, days, seconds they all count in the research world, especially when applying for important grants with tight deadlines or making critical discoveries that could save lives during a global pandemic.

Lye is among the many of the world-leading scientists at the Lunenfeld-Tanenbaum Research Institute (LTRI) at Sinai Health who have been answering the call to address some of the greatest health challenges of our time, including COVID-19, cancer and diabetes.

LTRI is the top-ranked biomedical research institute in Canada and is home to scientists who are number one worldwide in the fields of diabetes, cancer and molecular biology. Lye recently took on the position of interim Koffler Director of Research at the LTRI in January 2021 as Sinai Health begins its search for a permanent replacement to Dr. Jim Woodgett, who served as director for 15 years.

In April, Sinai Health announced the transformational gift of $21 million from Shawn Kimel and Kate Schatzky. About $11 million will go towards funding research at the LTRI, including $5 million to support equipment needed to make those discoveries.

“This gift will allow the LTRI to make strategic and timely investments in critical technologies that will have a huge impact on our research, and in turn help shape the future of care,” said Lye. “We thank Shawn and Kate for their inspiring leadership in funding science.”

Another $6 million will go to fund two research chairs that are part of the upcoming Sinai 100 campaign that will celebrate the centenary of Mount Sinai Hospital.​​ Named after the trailblazers in their fields, these chairs will enable LTRI to perform an international search to recruit world-leading scientists for the role.

The Tony Pawson Sinai 100 Chair is named after Dr. Tony Pawson, who passed away in 2013, but his research in molecular oncology transformed the scientific world’s understanding of cancer and other diseases.

The Lou Siminovitch Sinai 100 Chair is named after Dr. Lou Siminovitch, who founded the research institute in 1985 when it was known as the Samuel Lunenfeld Research Institute. He is considered Canada's founding father of genetic medicine and recently celebrated his 100th birthday in May.

“LTRI’s founding father had a very similar plan,” Lye said. “Lou Siminovitch didn’t just want to hire scientists; he wanted leaders. Thanks to this incredible gift, these Sinai 100 Chairs will allow us to recruit the best people who will bring their first-rate research to Sinai Health.”