When Claire and Craig Rankine learned their son Jonathan had neurofibromatosis type 1 (NF1), it inspired a mission to support research into the cause of NF1 and how to prevent it.

Ten-year-old Jonathan Rankine is one of the happiest kids you will ever meet. He’s the kind of child who wakes up in the morning singing about what his day will be like, a boy who loves life and loves having fun.

To see Jonathan, you wouldn’t know he has neurofibromatosis type 1, or NF1, a genetic disorder that causes tumours to grow on the nervous system and can impact different parts of the body. In young children, NF1 typically appears as flat café au laitcoloured patches on the skin, which is how Jonathan’s condition was first detected during a routine doctor’s visit when he was eight months old.

For parents Claire and Craig, learning that Jonathan had NF1 came as a shock, and trying to comprehend what it would mean for their little boy was overwhelming at first.

“I think when we got the diagnosis, the biggest challenge was that it’s a variable disease that doesn’t have a lot of defined outcomes,” says Claire. “There’s a wide range in how a child can be affected by NF1. We have been fortunate so far that Jonathan hasn’t had a severe impact, because we know some kids have.”

“It was the things you couldn’t see that made it scary,” adds Craig. “The fear of the unknown is what puts a lot of stress on the parents.” 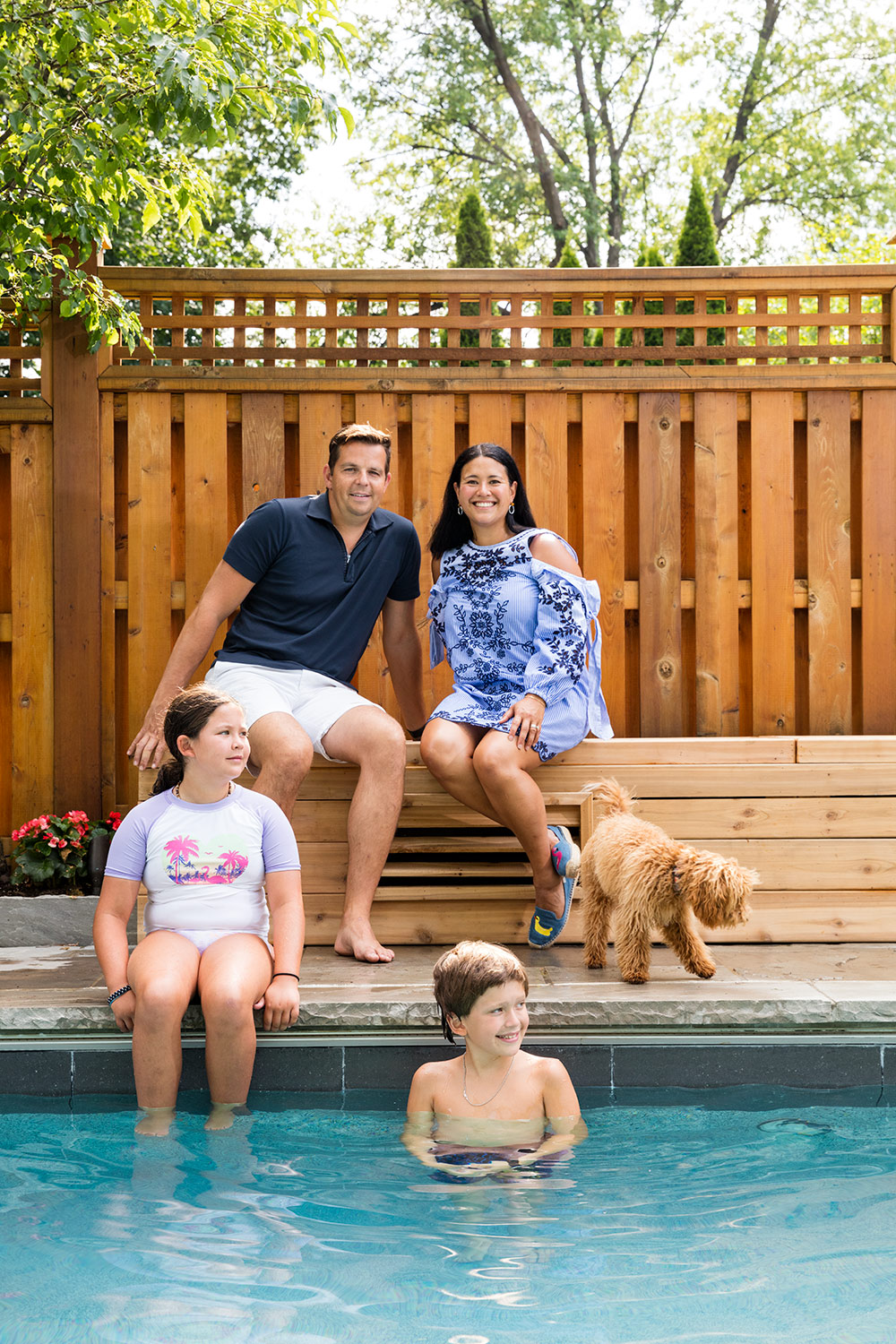 Last year the Rankine family launched the family-friendly dodgeball tournament Duck & Dodge for NF1 in support of research at the LTRI. Pictured: Claire and Craig Rankine with their children, Jonathan and Emily, and dog Comet, at their home in Toronto.
“We know this research probably won’t help Jonathan, but hopefully it will make an impact for the next generation of kids and their parents.”

As Claire and Craig learned more about the disorder, they discovered the NF1 gene itself is rarely studied. That’s what motivated them to support research to better understand the causes of NF1 and, hopefully, discover ways to treat or prevent it. Claire and Craig chose to partner with Sinai Health’s Lunenfeld-Tanenaum Research Institute (LTRI) after learning about the LTRI’s impressive scope and how the research teams push the boundaries of investigation.

Dr. Daniel Schramek, the Kierans/ Janigan Cancer Research Scientist, is one of the leading researchers at the LTRI who, along with his colleague Dr. Rod Bremner, is advancing genomics research and our understanding of how gene mutations drive diseases.

“Right now, one of the things we’re doing in the clinic is sequencing all the tumours that have been identified,” explains Dr. Schramek. “And, with technology we’ve developed, we are looking to find out which genes — among the hundreds of thousands of mutations — are causing certain kinds of tumours to grow. Once we figure out what drives a tumour or disease, we can then determine where best to start targeting to develop new therapies.”

Donor investment has been instrumental in supporting this work at the LTRI, making it possible to attract top international researchers such as Dr. Schramek to Sinai Health. For their part, Claire and Craig have committed to funding an LTRI fellowship that will specifically study the genes that cause certain types of NF1 tumours to form, with the hope of identifying which of these genes would make a promising drug target for treating NF1.

To launch their support for the fellowship, Claire and Craig organized a fundraising event in honour of Jonathan’s 10th birthday. Rallying their network of friends and the support of their corporate community, Claire and Craig created Duck & Dodge for NF1, a family-friendly dodgeball tournament held in November 2019. At this innovative event, funds raised by participants were matched by their sponsor organizations to double their impact. Claire and Craig hope to make this tournament an annual event that will sustain funding for NF1 research at the LTRI until a breakthrough in the treatment or prevention of NF1 is found.

“We know this research probably won’t help Jonathan,” says Claire. “But hopefully it will make an impact for the next generation of kids and their parents, so they’re not faced with so much uncertainty.” 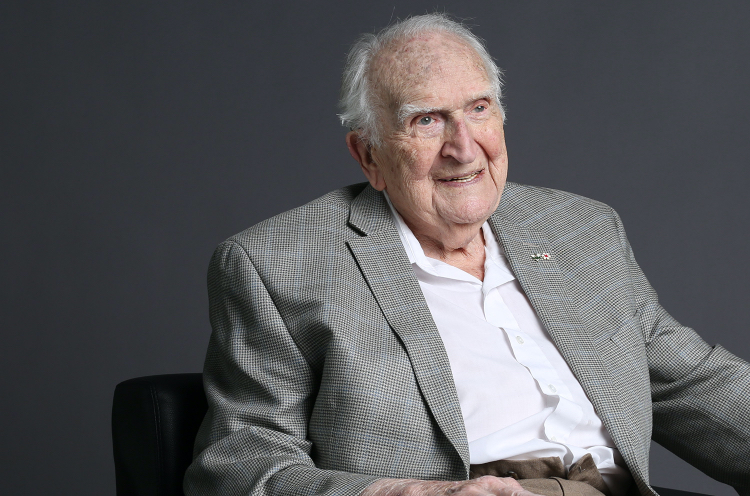 One of Canada’s most significant scientific visionaries and founding director of what is today the Lunenfeld-Tanenbaum Research Institute at Sinai Health, just turned 100 years old.

Dr. Lou Siminovitch has played a fundamental role in the development of several outstanding research centres, of course including our own LTRI. He has made important contributions in the fields of bacterial and animal virus genetics, human genetics and cancer research, publishing more than 200 papers.

“The better the science, the better the patient care,” Dr. Siminovitch has said. An inductee into the Canadian Medical Hall of Fame, he is also both an Officer and Companion of the Order of Canada.

1001-522 University Avenue
Toronto, Ontario M5G 1W7
supportsinai.ca
Sinai Health Foundation No. 119048106 RR0001
Bridgepoint Foundation No. 119290773 RR0001
Arthritis Research Foundation No. 889234399 RR0001
Copyright © 2020. All rights reserved.
2019/2020 Report to Our Community
HomeA message from Sinai Health leadershipNew & NoteworthySpecial thanks to our Sinai Health communityBoards of DirectorsFinancialsSinai Health by the numbersOur Donors
Game changersDifference in the detailsReady to deliverWhen help is needed mostA place of healingMoved to give backA family commitment to next-generation careSurrounded by care