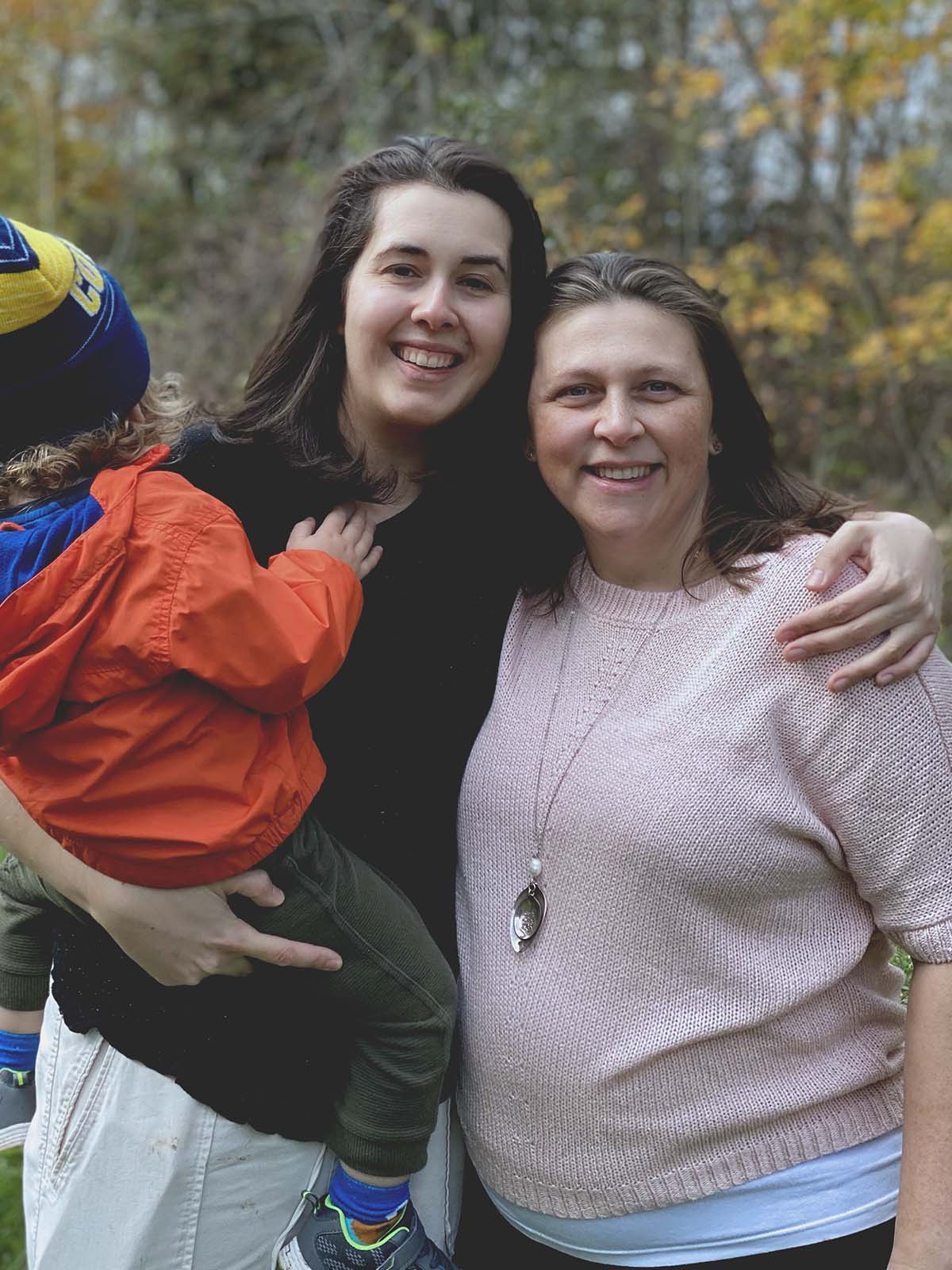 In the same whirlwind week in September, 2018, Beth and Nicole hosted Beth’s family who were visiting from Australia, got married, and discovered they were pregnant.

Beth and Nicole had each known they wanted children, and before getting married the couple talked about their options. “It worked out well for us, in that we both wanted to have kids, I was happy to be pregnant, and Nicole was happy to let me be pregnant,” says Beth laughing. The couple’s son, Griffin, was born in the spring of 2019, and today is a happy, healthy, and busy toddler. At the time of writing, Beth is 30 weeks pregnant with their second child, a baby girl, due at the end of 2021.

“We’re incredibly lucky, and we know it. And we’re grateful to Mount Sinai Fertility, and all the support we’ve received through them.” Beth says that when they began researching fertility clinics, she chose Mount Sinai Fertility and didn’t have a second choice. “I work at the University of Toronto, and so I know that Mount Sinai Hospital is a research and teaching hospital, and I’m very big on supporting that. I knew this was where I wanted to be. At the time, I didn’t have a family doctor, I would just go to walk-in clinics as needed, so I didn’t even really have someone to give me a referral. But we researched and talked to different people and found someone who would refer us, and we’ve been with Mount Sinai Fertility ever since.”

Beth and Nicole are using the same sperm donor for both their pregnancies, so that their babies have a genetic connection. For Griffin, Beth used her own egg, and for their second pregnancy, Nicole’s egg was used.

“We were really lucky on that level, too. With Griffin, we did IUI rather than IVF, and we got pregnant on the third attempt which was better than we had hoped for. Dr. Russo, our doctor, had been so confident from the beginning, but we were assuming it would be a long road. We were surprised and relieved when we got pregnant so quickly with Griffin,” says Nicole. For their second pregnancy, their luck continued, and they got pregnant on their first IVF implantation cycle.

For their second pregnancy, their luck continued, and they got pregnant on their first IVF implantation cycle.

IUI stands for intrauterine insemination, or artificial insemination. In IUIs, sperm is placed directly inside the uterus via a syringe, with the hopes the sperm will fertilize an egg, and begin a pregnancy. IVF stands for in vitro fertilization. In this process, an egg is fertilized with sperm in a lab environment, and that fertilized egg is implanted inside the uterus, in the hopes that the body will accept the embryo and begin a normal pregnancy.

Beth jokes, “Mount Sinai Fertility really just sees the uterus! Dr. Russo spent a lot of time discussing the state of my uterus, and reassuring me that despite being a bit older my uterus was still in great shape. With Griffin I had 1/5th of the ovarian reserve I should have had for my age, so I was a poor candidate for IUI, and we were surprised it was successful so quickly.”

Nicole adds, “Everyone at the clinic was great, and they help you from start to finish. You’re in there for some pretty invasive procedures, but they make you feel at ease. You’re so exposed, both literally and figuratively, but the nurses are caring and lovely.”

Beth and Nicole also feel passionately about communicating to would-be parents that some fertility related costs and procedures, including IVF, are covered by OHIP. “Same sex couples can have a bunch of challenges when it comes to starting a family. Finances and cost can be a factor, and so we really want to spread the word that the financial burden isn’t as big as you might think, for those that have a uterus, thanks to OHIP coverage,” says Beth.

Beth and Nicole would recommend Mount Sinai Fertility to anyone looking to start a family. Nicole emphasizes that “There’s not one single path that everyone must walk. Each family’s journey is different and at Mount Sinai Fertility we felt welcomed and supported. We’ve created a beautiful family and being LGBTQ+ didn’t stop us from doing that at all. We’re just very grateful.”