Ten Years of Infertility: A Journey to Parenthood 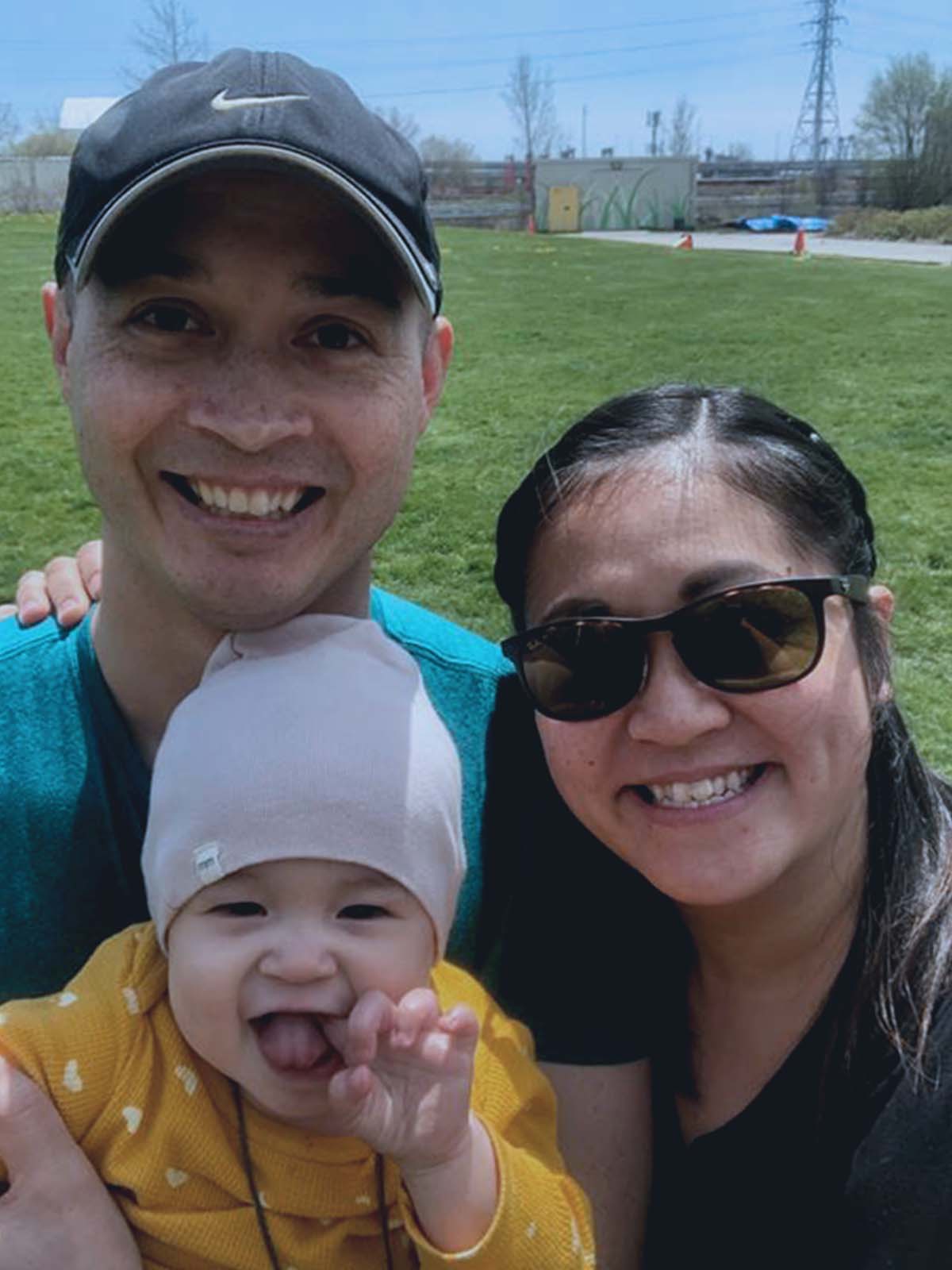 For many couples, the road to parenthood is not a straight line.

When a couple in their mid-twenties starts trying for a baby and it doesn’t happen right away, they can often hear the same things from friends, family and even health care providers: You are young. It will happen.

But what if it doesn’t?

After six months of careful tracking and timing, Susanne Loay and Wayne Hawes were still not getting positive pregnancy tests. At 24-years-old, they were told to keep trying for another six months. At that age, with no pre-existing conditions they were aware of, only after a 12 month period of trying with no viable pregnancy would they be referred to a fertility clinic. But Susanne and Wayne had a feeling something wasn’t quite right. Once the year was up, they moved quickly to get a referral to a fertility clinic, hopeful they’d get the answers they were looking for.

15% of couples who have difficulty conceiving are told they have “undiagnosed infertility.” This news is typically hard to hear because it confirms what many couples fear: that their path to pregnancy is not clear. If everything is functioning the way it should, then why is there still no baby? For Sue and Wayne, the diagnosis didn’t make things easier, and they continued to hear the same thing from their fertility clinic: you are young. It will happen.

“There’s a misconception that infertility is a woman’s problem, but actually both men and women are equally likely to experience infertility.”

To this day, infertility is typically associated with women. “There’s a misconception that infertility is a woman’s problem, but actually both men and women are equally likely to experience infertility. The causes are likely to be different for men and women, obviously. For men, it’s generally factors such as low sperm count, low motility of sperm, signs of infection in the male reproductive tract and, to some degree, paternal age and the effect that has on sperm quality,” says Dr. Ellen Greenblatt, Head of the Mount Sinai Hospital Division of Reproductive Sciences and the Clinical Director of Mount Sinai Fertility and IVF Unit in the Department of Obstetrics and Gynaecology. Wayne remembers feeling like he was a bystander in the process, not an active participant: “Sue was going through the physical effects of everything, but I was more than just a companion. I was an equal partner, both supporting her emotionally and playing an, albeit smaller, physical role. We were going through it both as a couple and as individuals.”

Two fertility clinics, four unexplained miscarriages, and six years later, Sue and Wayne were tired. They needed to take a break, but the weight of infertility never lifted. “The monthly reminder that it wasn’t happening was hard, and we started planning for what our life was going to look like without children,” says Sue. But even with mental health support, they found themselves declining invitations to baby showers and avoiding family gatherings where there would be babies and kids. “It even impacted where we wanted to live,” says Wayne, “We ended up in a condo downtown because we couldn’t handle being on a street with lots of kids and families.”

In 2016, Sue went back to school and with a fresh start came a renewed desire to grow their family. The couple met with Mount Sinai Hospital’s Dr. Ellen Greenblatt and restarted their journey, with cautious optimism. “For the first time, we felt recognized as humans, and that we were partners in our own care. I needed to hear that losses happen, and it’s really crappy, but that it’s okay. Nobody told us we were ‘too young’ to be there, and there was transparency; they told us everything, even the things we didn’t want to hear, but needed to,” says Sue.

After a year and a half of treatment, with a five month break while Sue started a new job, they got their positive pregnancy test. With a history of early losses, there was hesitation: would Sue’s hCG levels - the pregnancy hormone - continue to rise, indicating a viable pregnancy? Or would that positive line fade away? When it was clear that Sue’s hCG levels weren’t slowing down, the couple embraced every odd food craving and moment of nausea. For the first time, after a decade of trying, they were going to be parents. And that was worth celebrating.

When Sue and Wayne started their fertility journey ten years ago, infertility was a taboo topic, and they often felt lonely and unsupported. “A lot of people go through this. It’s important to share the experience: infertility exists. People need support to get through it,” says Sue. And for Wayne, supporting male partners through infertility is just as important, remembering that the partner of a birthing person has an important role to play.

When their daughter Olivia was born, the doctor holding her asked who the father was. Wayne looked around the room, before cluing in: he was a dad and Olivia was his. And while her birth was not without complications, Olivia is now a thriving two-year-old and is a big sister, too.